Our microadventure brings us to Grunewald. We ignore all paths and follow the compass needle. Always straight ahead. Stubborn as a mule. 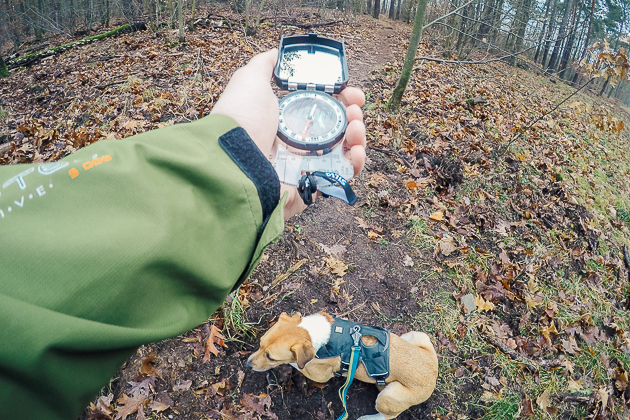 The needle wiggles. A few euros more, I suppose I should have spent for the compass. But it can´t be so hard to decide on a direction. Routinely, I hit the device against something hard. Always helps, I imagine. But actually it did. The needle is only about five strokes undecided. Our microadventure brings us today to Grunewald and i decided to walk on a straight line through it. 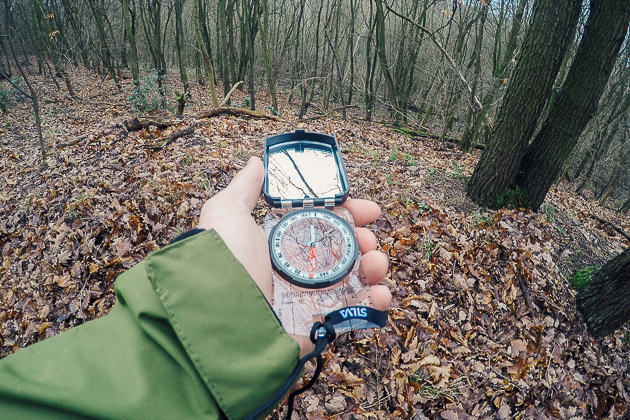 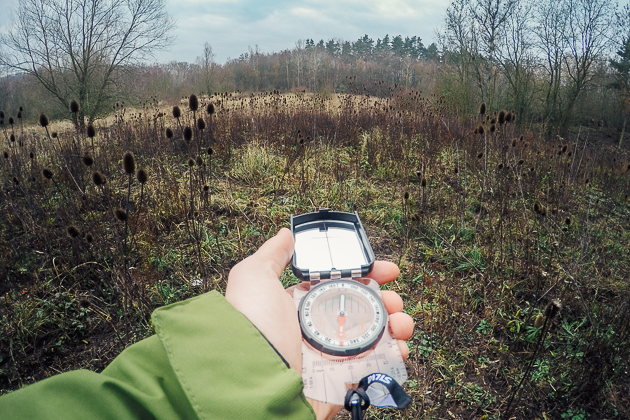 So I stand in the Grunewald – decided to go through the forest after marching compass numbers (MKZ). And because the forest is dense, I run by auxiliary objective to auxiliary objective that are more than 15 meters apart.Why? Because I have not done it for a long time and I therefore am not sure if I will reach my target. Thanks to the sensitive needle a little more. And then there’s the dog. Whenever it is exhausting, the Labrador genes rach the surface. I hope the dense wood will challange him. For moral support our buddy Buckley is there.

To determine an MKZ, is actually quite simple. You grab a map of the area, directed it to the north, and draws a line from your starting point to the destination point. Then you lay the compass on this line, rotating the compass box so that north is at the northern tip of the needle. The value remains now set and you keep focused when running the needle tip on N. Theoretically, then you come right there, where you wanted. Surely you understand now my problem with the jiggling needle.

Because I’m lazy, I use to determine the MKZ a plan pointer. I can put on my starting point and the cord to my destination. In my opinion that is more accurate, but above all faster. And I have not to north the map, because I can find my way to the East-West lines. 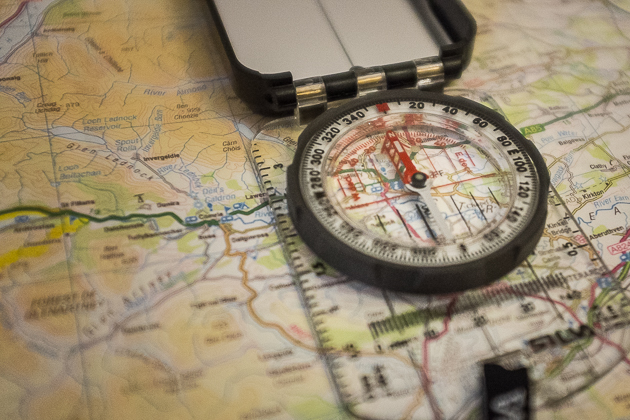 Northung the map: Lay compassedge on the grid lines, bring the needle to the north in accordance. alternative: use east-west band with city names. 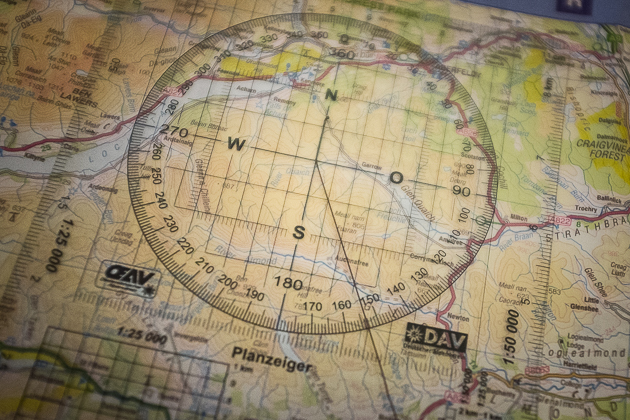 Planzeiger: the short and accurate alternative

The plan that driving the dogs each other, going to only partially. At times, they feel sorry for each other and unite against me. Because of the reason, one of the two like to hunt, both dogs are leashed. So I drag two dogs behind me through the woods, the wrap in regular intervals around trees or caught in the branches. Of course, the trip would be off leash enjoyable for everyone, but without a leash are both dogs – let’s call it: substituted. And the days are just too short to wait in the woods on two dogs. Ultimately, Tano suggests quite brave, even when I was still very taken his eyes while crossing the forest paths. So at that point, when he realized that we disappear into the undergrowth. 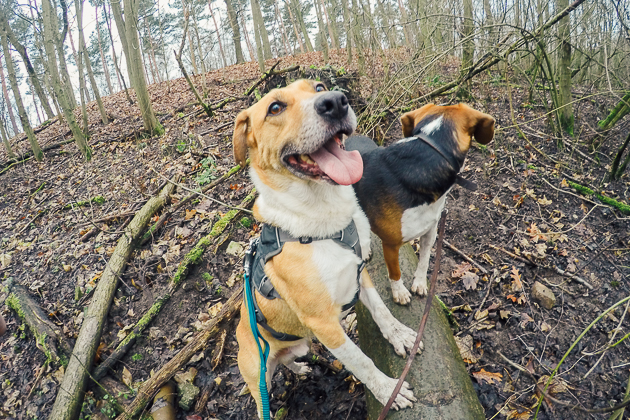 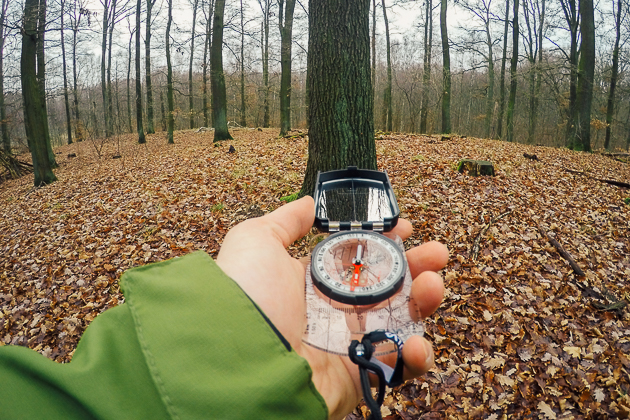 Why on a line running through the forest?

For me the answer is simple. I like being outside alone. Or with people that I pick. If you walk across the fields, the chance is rather low, to meet other people. Not that I would be overly misanthropic, but when you get out of city, then you will still have peace and quiet in the woods. In addition – and this is probably the point that will you convinced more – is that at the places are no paths, nature almost untouched. Or at least made the most of the year not by forest workers as practicable, that the “Seniorsclub 1912 eV“ can accidentfree trudge through the woods. You see the forest just different. Must make you think about how you come around the bog. Yes, maybe even learn only that there is a bog. It is much more strenuous and already makes so much more fun. And if the dog had not been so concentrated by the leash, he would have had a lot of fun.

Some places have to detour 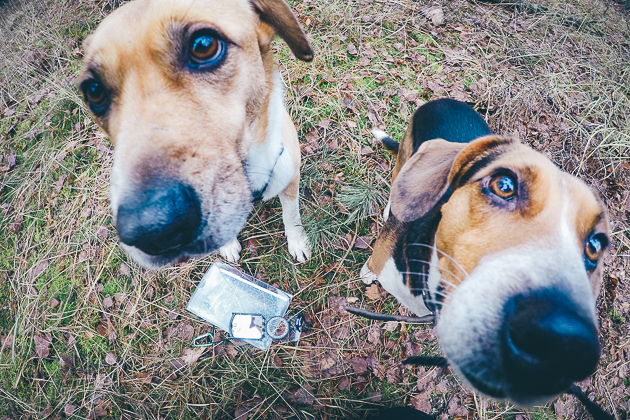 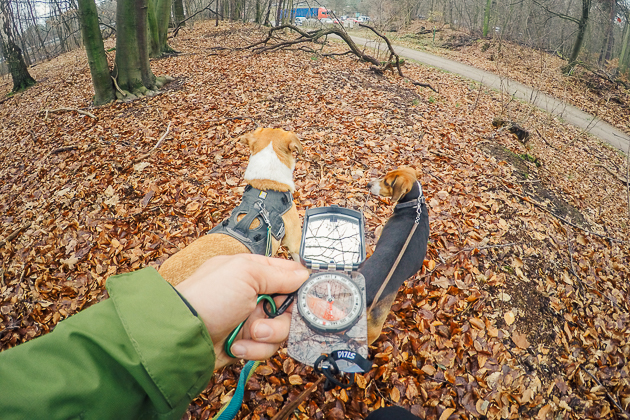