Now in Scotland we have to had the idea just to run up a hill. 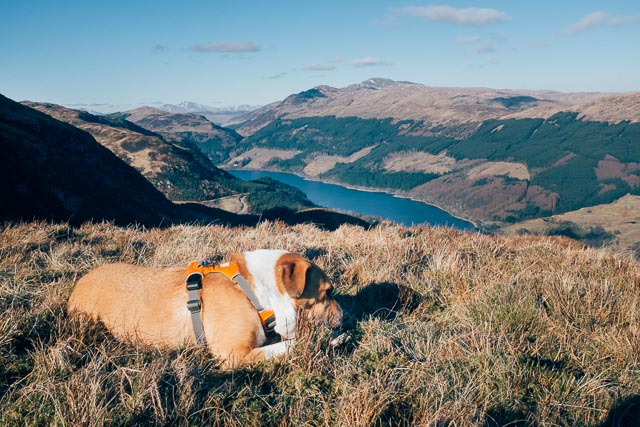 So right before Ben Ludi, the mountain affects higher than it looks from the highway. So especially steep. This makes the spontaneous idea, quickly run up a mountain before it gets dark, a bit naive. But it was the first mountain I saw on the route, which still had snow on the top. Actually, the first place on the journey of what comes close to that what I imagine under Scotland. So I want up there.

Callander is the gateway to the Loch Lomond National Park. After Edinburgh about the first station where you get in Scotland the feeling of wilderness. Callander itself acts with all the tourists on the Mainstreet almost a bit grotesque. It seems as if people want to National Park, but he prefers not set a foot inside.

Indeed, there on Mainstreet something like street festival mood. Like a dam it keeps the people at the giftshops and restaurants. In front of The Tasty Fry is a line like the best times in front of “Murat Döner vegetables” or “Curry36”. Presumed compare to other cities I apologize. I just had no guide at hand, but similar to the two examples mentioned Berlin seems to be “The Tasty Fry” an “insider tip”. 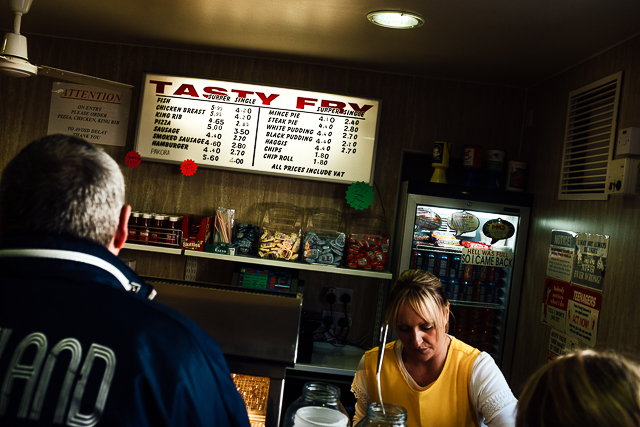 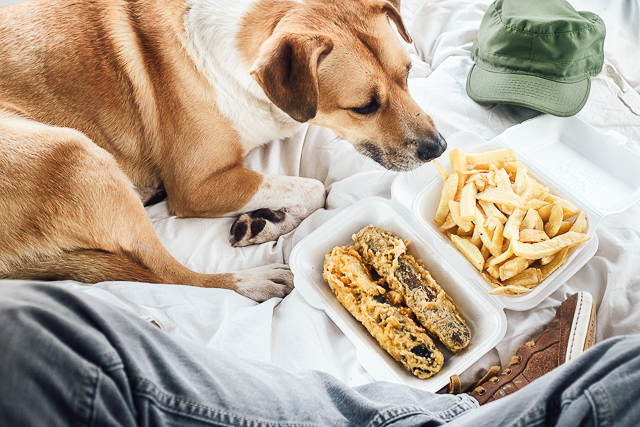 Anyway, you will stand half a hour for your food. After filling our stomachs with the obligatory fish and chips, we went out of Callander. And suddenly its calm. A few vacationers who use the winding route through the national park for a motorcycle tour. A few cars. And barely holding facility. Somehow I got the van parked somewhere. And then we stood there. 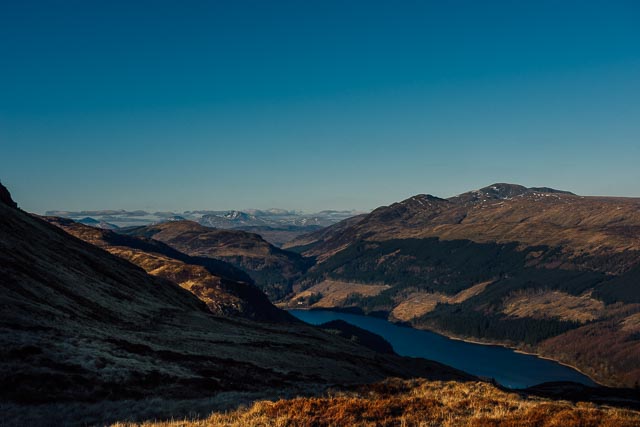 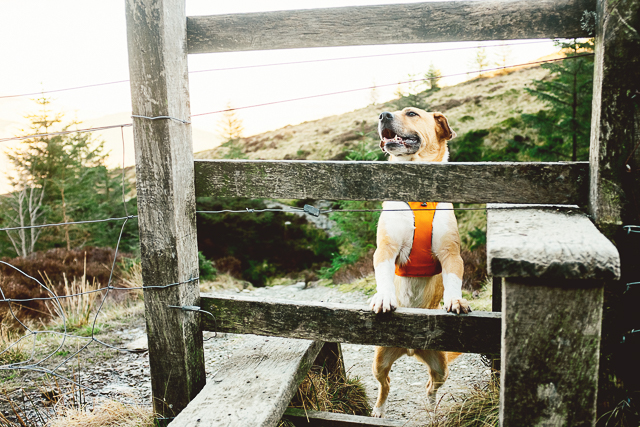 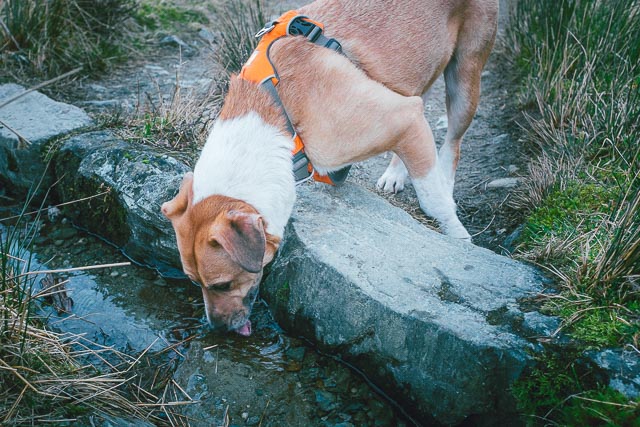 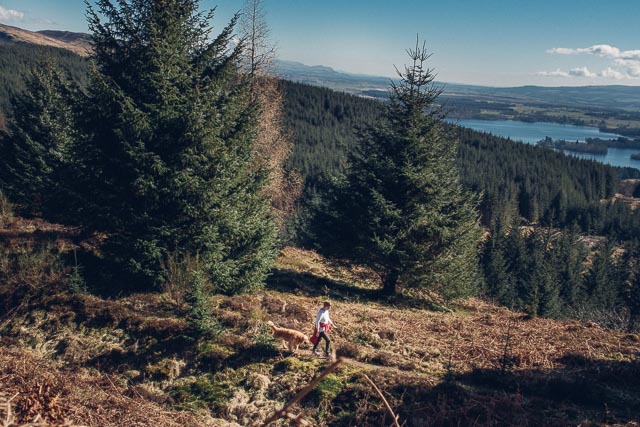 With 878 meters of Ben Ludi is not too high. Only the path leads up almost directly. What a certain pitch accompanied. My job brings unfortunately also means to take a lot of equipment, where other hiking rather light. Anyway, my backpack provides a lot of strange glances and a few people ask me do I stay overnight. For simplicity, I answered some point yes. So I work at least not completely stupid. With the thought “Fuck it, finally Scotland,” I run and the dog then let’s go. Because the way is – actually not necessarily expanded – but frequently used, you walk in barely 90 minutes up the hill. Until roughly the tree line you can still talk it way, then you follow the where most leaked.

Because of the idea to start the hike at 15 o’clock, there is not much time remaining on summit. The site on which we came up, was lying in the shadow of the setting sun. Anyway, I would not be a case for the mountain rescue service on the first day. So we went back to the valley. The dog seems to save a lot of energy reserves – for return paths. 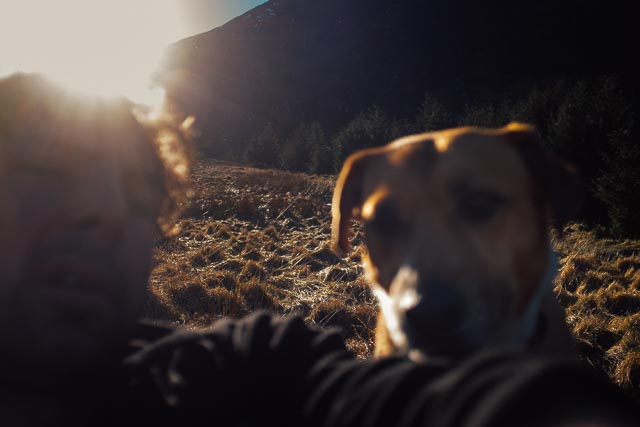 On Ludi has a great few to Loch Lubnaig. Equally spontaneous as the idea to hike the hike the mountain, came the idea to stay over night at the lake. The great thing in Scotland- you can implement the idea. The Everybody’s law allows just anyone to camp everywhere. OK. there are a few rules. But a charge of wildcampens will not happen in Scotland. 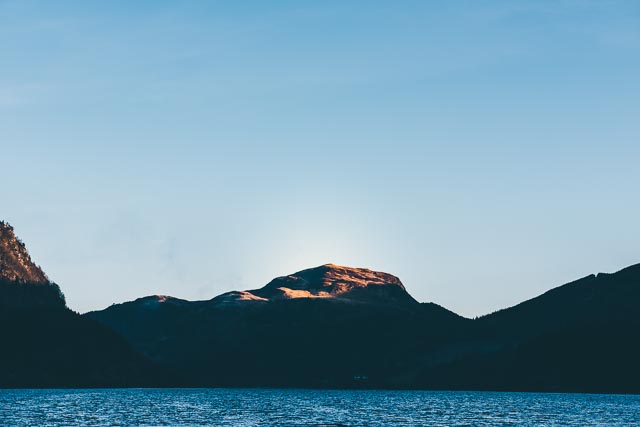 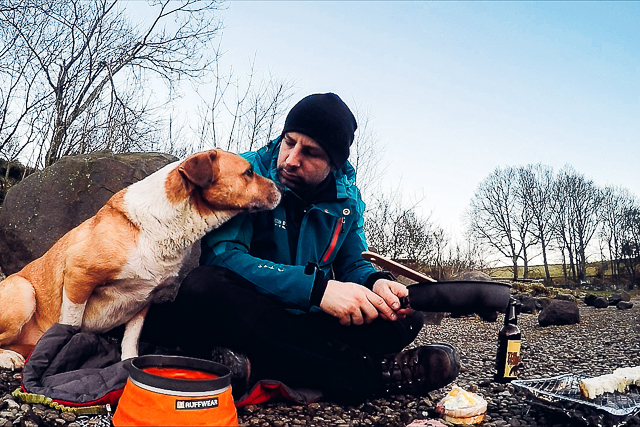 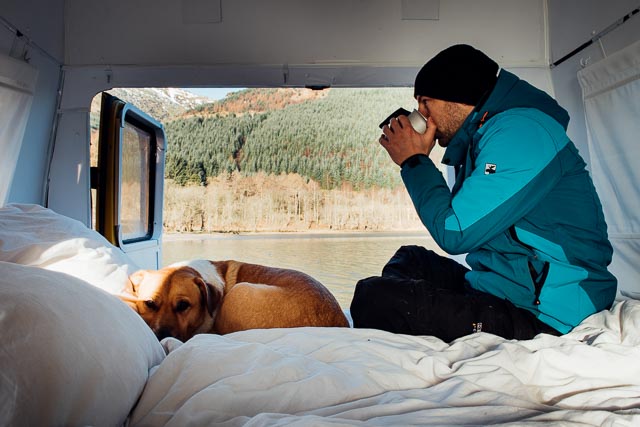 The lake was also up close as great as from a distance. As we sit on the shore, fisher grab their daily catch and slowly disappear. The cars will be less and you forget that you are only 20 meters from the road. On the other side of the lake sitting a few fishers who lighted a fire. And the flickering of the fire reflected in water. The dog is looking at irregular intervals from my clothes more crumbs and I drink beer.